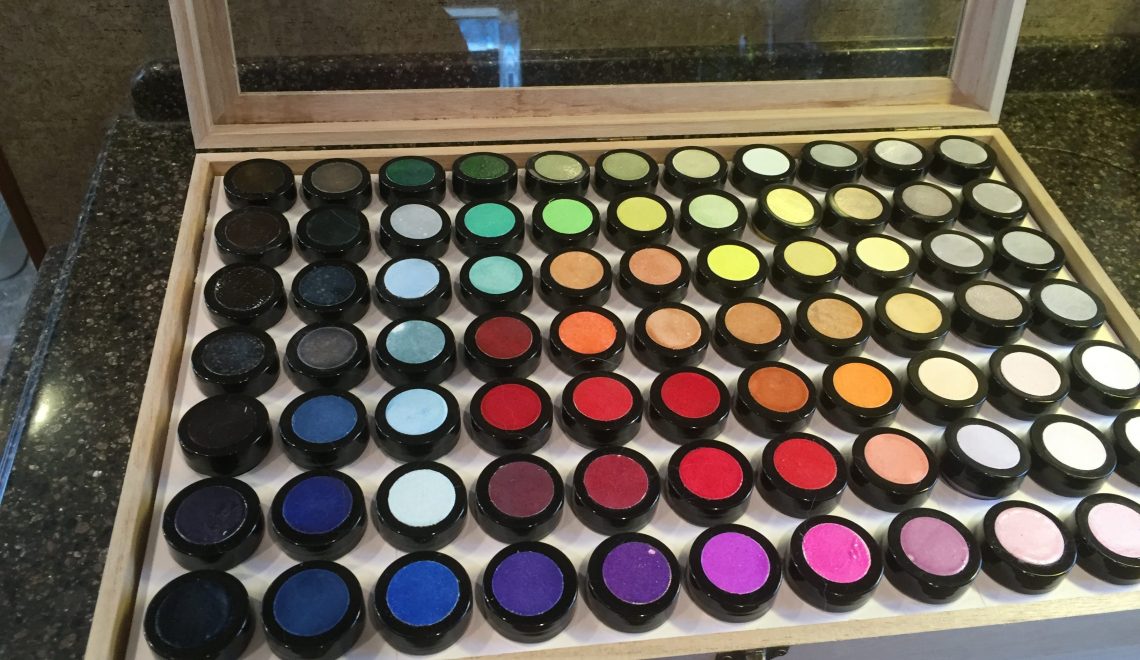 Over time, I’ve accumulated a nice collection of embossing powders, largely one brand–Lindy’s Stamp Gang.  I live with some tight space constraints and struggled with how to keep them somewhere visible, in a compact fashion, and easy to access.  After having them stacked up in a decorative box from Michael’s,  I ended up with too many to manage and wasn’t achieving any of those three goals.  My most commonly used supplies were in two wood soda crates from Michael’s, and I wanted a wood case to hold the powders that could slide behind the crates.  Read on to see how I handled my embossing powder storage challenge.

Lately, with the explosion of milk paint in the craft world, there have been a lot of wood cases introduced, just waiting to be painted.  I found this wood display case at a local craft store, Craft Warehouse.  It came with several wood trays and some balsa wood dividers glued into the bottom.  It was a leap of faith to pry out the wooden dividers but they weren’t glued in too strong and came out easily without inflicting any damage.

It’s deep enough to hold my powder bottles and I could get almost my entire collection in one case.  To make the support to hold the jars, I used my Cameo to cut evenly-spaced circles slightly larger than the base of the jars. I used 140# Neenah Solar White cardstock.  The inside of the wood box happened to be exactly 11×17, easily fitting two letter sheets.  I glued two layers together for extra strength.  I could have used chipboard but my Cameo wouldn’t cut through it, so I stuck with cardstock. 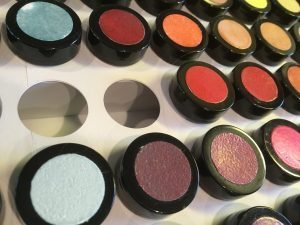 I then built some c-shaped supports to hold the layer with holes up from the bottom of the case.  The supports went along both sides as well as two forming two columns between jars.  You can see the support in the picture above.  To hold it all together, I then glued the supports to cardstock that formed the bottom of the support contraption.  It’s wedged very snugly into the wood box, so I didn’t worry about needing a strip on the ends to keep it square. 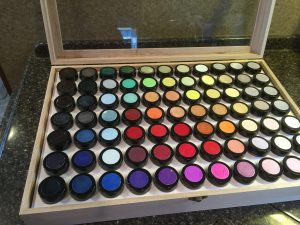 Have a crafty day!
Deb 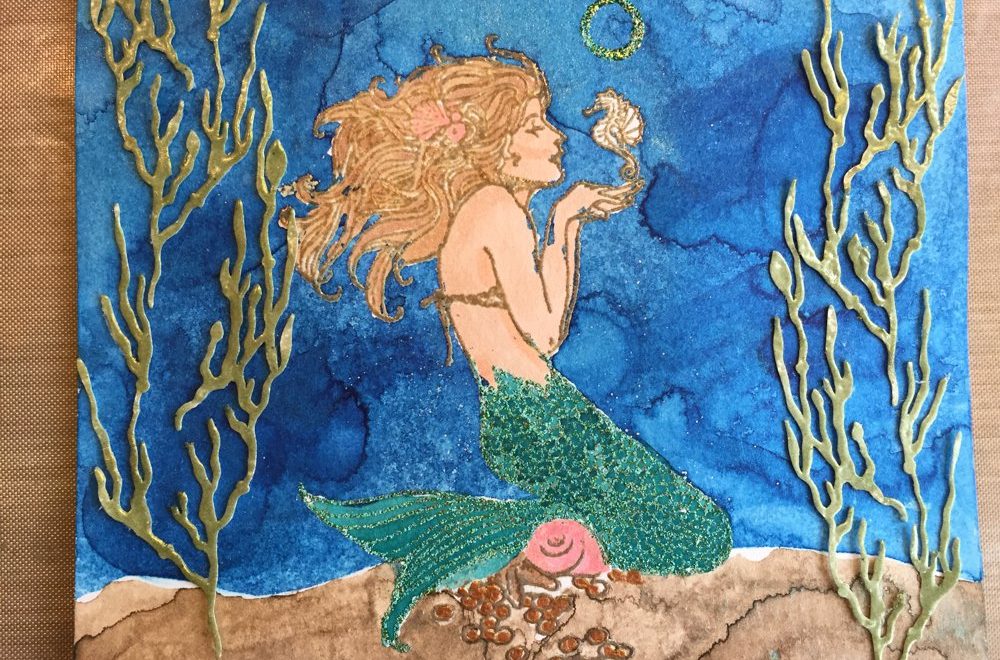